↓ Skip to Main Content
Home › Do not use › The Dog Days of Moving Are Here, But Most Americans Would Rather Move in the Winter

The Dog Days of Moving Are Here, But Most Americans Would Rather Move in the Winter

Movers relocating to a new home during the “dog days of summer” might not be doing so under ideal circumstances. They will likely face extreme heat, which isn’t only uncomfortable, but it can be dangerous for your health—and some of the more sensitive items you may be transporting.

A recent survey conducted by SpareFoot found that 58 percent of Americans would rather move on a 0° F day than on a 100° degree day. The other 42 percent said they would rather brave the heat than brace the cold.

So whether you prefer schlepping boxes across town under the oppressive heat of the August sun or freezing your butt off waiting for your rental truck to warm up—be sure to take the proper precautions whatever your choice of extreme weather may be.

Methodological Notes:
The SpareFoot Survey was conducted by Wakefield Research (www.wakefieldresearch.com) among 1,010 nationally representative U.S. adults, ages 18+, between July 6 and July 11, 2017 using an email invitation and an online survey.

Quotas have been set to ensure reliable and accurate representation of U.S. adults.

Results of any sample are subject to sampling variation. The magnitude of the variation is measurable and is affected by the number of interviews and the level of the percentages expressing the results.

For the interviews conducted in this particular study, the chances are 95 in 100 that a survey result does not vary, plus or minus, by more than 3.1 percentage points from the result that would be obtained if interviews had been conducted with all persons in the universe represented by the sample. 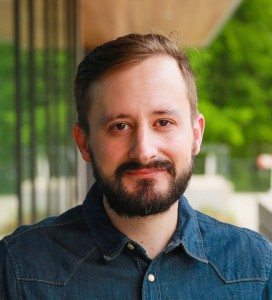 Alexander Harris is a reporter covering the business of self-storage. He obtained his degree in journalism from Virginia Commonwealth University. He loves reading Elmore Leonard novels and listening to classic country music. You can call him Al.
TwitterFacebook