How to Protect Your Self-Storage Unit

Falling victim to a burglary is always devastating, but having your possessions stolen from a self-storage unit usually comes as a complete shock. “Good Morning America” recently reported that self-storage theft is on the rise and that consumers who rent storage units should be concerned about the safety of their items.

But is self-storage burglary actually a big problem and are customers facing a greater crime risk than they were five or 10 years ago?

Unfortunately, it’s difficult to tell. There isn’t much hard data on this issue, and self-storage break-ins often go unreported, said Jon Loftin, vice president of business development at PTI Security Systems, which specializes in self-storage security hardware and software. It’s important to note that self-storage issues are gaining popularity thanks to shows like“Storage Wars” and “Auction Hunters,” so it’s possible that this form of theft is simply receiving more attention than it has in the past.

According to the 2012 Self-Storage Almanac, compiled by MiniCo Insurance Agency, 7 percent of facilities in the U.S. had reported break-ins or thefts in the previous year, down from 18.2 percent in 2010. Even with that decline, burglary remains a threat at self-storage facilities.

In the same way you may rely on alarm systems and neighborhood watch programs to protect your home from burglars, you should be proactive about preventing theft at your self-storage unit.

Choosing a Secure Self-Storage Facility
To safeguard your stored goods and avoid the cost of replacing stolen items, you always should be thorough when selecting a facility, said Andrew Schrage, co-owner of personal finance website MoneyCrashers.com. Before booking a facility, review all of the listed security features, call the manager if you need any clarification and, if possible, visit the facility in person.

Not sure exactly what security measures are necessary? If you’re able to schedule a visit and take a tour, Schrage suggests making sure the indoor and outdoor areas of the property are well-lit. He also recommends asking the manager whether the facility has an established relationship with the local police department and inquiring about how frequently police monitor the area, if at all.

Video surveillance technology can deter would-be thieves who spot the security cameras. However, Loftin pointed out that the primary function of surveillance is to help managers review what went wrong after a burglary, rather than to stop one from occurring in the first place. 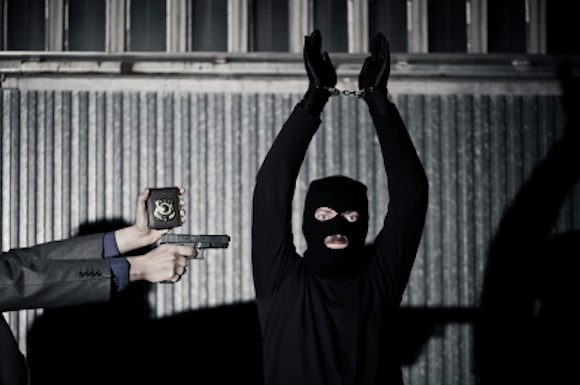 If you’re serious about giving your items the highest level of security, Loftin recommends selecting a facility with an access control system and individual door alarms, which are the best tools for preventing burglaries.

An access control system requires renters to use individual codes, remotes or security cards to enter the facility. This technology not only gives self-storage managers a record of who’s using the facility at all times, but makes it harder for would-be burglars to enter.

Individual door alarms provide an additional layer of security by immediately alerting self-storage operators if an unauthorized user enters a certain unit. Loftin said that these alarms are particularly effective in protecting against a common type of self-storage theft—an existing customer clearing out another customer’s unit.

Taking Safety Into Your Own Hands
Even after you’ve chosen a secure storage facility, you still can take steps to make sure your belongings are safe.

If you have a few high-value items among your stored possessions, Loftin recommends placing those valuables in the back of your unit. Doing so can protect your most important belongings from what he refers to as a “crash and grab” theft. In this type of burglary, thieves break into several units and quickly seize whatever looks like it holds the most value. Because these burglaries often happen so quickly–usually in a matter of minutes–crooks will be less likely to snatch important items if you’ve made them more difficult to grab.

Many storage facilities also let you choose your own lock for your unit’s door. Take the time to choose a lock that will hold up against bolt cutters, Schrage said. You should avoid buying a lock with a long shackle, which is the loop that passes through or around the object you’re locking. Instead, Loftin recommends purchasing a disc lock or a cylinder lock, both of which are difficult to cut.